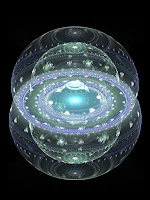 In this New York Times’ 2009 Year in Pictures snapshot, I was reminded that this Administration, for all its disappointed high hopes for year one, does attempt/intend to do a successively modern iteration of public dialogue.  And even though this picture documents the improbable meeting of four men, the public dialogue I’m thinking of is actually far more wide-spread (think 308,243,000 residents in the U.S. alone) and much more viral (think gmail or twitter), but retains the premise of engaging folks across spectrums, geography, and (most importantly) preferred company.

As evidenced by the Open Government efforts (expertly followed by NCDD) and the tech/social media savvy of the initial campaign still evidenced by the ongoing personalized messages directly to our inboxes, the emerging paradigm is increasingly integrative.  Whether it’s integration like the blurring of lines between the public and private sectors through increasing social entrepreneurism, or the integration of agendas like climate justice and women’s rights to create fuller and more effective initiatives for policy change, integrative strategy and solutions are the order for 2010.

And this paradigm requires that leadership also show up as integrative, inclusive, and open to the influence of others.  We hosted a lively dialogue this past October about leadership moving beyond a Rockstar paradigm, a discussion echoed in many other chambers, including V. Robinson’s article “Struck by the Stars:  How the Search for Celebrity CEOs is Undermining Diversity in Philanthropy” in Responsive Philanthropy’s Fall Newsletter.

It seems to me that the emerging world economic, ecologic, political and social order increasingly requires that all of us, positional leaders in particular, be willing to be influenced by others, especially in high stakes conversations and dialogues.  Arguably (I’m inviting your argument here) an emerging paradigm for both discourse and leadership is one that requires us to be open to each other’s influence.  This does not simply mean open to hearing each other’s perspectives, it means open to being changed by each other.

There are a handful of concepts put forth by Charles Randall Paul that I find particularly inspirational and could serve as guideposts for the coming year:

·    Fluency in each Other –  Demonstrate that you are respectfully informed about the worldviews of those with whom you disagree (and are willing to talk with).  A basic competency of others’ cultures, beliefs, and values will go a long way toward building trust.

·    Trustworthy Opponents  –  Build up your associations with trustworthy opponents.  This is not to say add 300 new Facebook friends from the other political party!  It is an invitation to deepen your connection with a few folks who are willing to be honest, transparent, and critical in discussions about areas of difference in an ongoing way that increases the depths of each of your understanding.

·    Respectful Contestation  –  A dialogue about oppositional beliefs and understandings will require some contestation.  It is sometimes the situational norm to sweep such differences under the rug and focus on areas of agreement.  Yet, engaging with trustworthy opponents in respectful contestation actually requires that folks talk into their differences using respectful inquiry, sincere listening, sensitive criticism, and direct communication.

·    Peaceful Tension –  The idea is that when differences are spoken rather than suppressed, and respect is demonstrated in this process, that folks can co-exist (in work situations, in families, between warring populations) in peaceful tension.  In the very process of increasing intimacy with trustworthy opponents, an indelibly human occurrence may take place where enough empathy and understanding is incurred such that previously oppositional parties become less oppositional after being respectfully (and mutually) seen and heard.

Charles Randall Paul astutely observes that “what seems by tradition and inertia to be something that cannot change – changes the instant an honest discussion of it commences.”

So.  One of my New Year’s Resolutions is to serve the emerging paradigm by spending more time in the company of Trustworthy Opponents. I will report back at the end of 2010 whether or not I’ve noticed that the very act of committing to and following through on this does, indeed, change me.

Lastly, we at The Whitman Institute want to express deep appreciation and gratitude for all of the many ways you, our grantee partners and community, are the inventors of emerging paradigms every day.  Thank you for all that you do, and especially, all that you are.