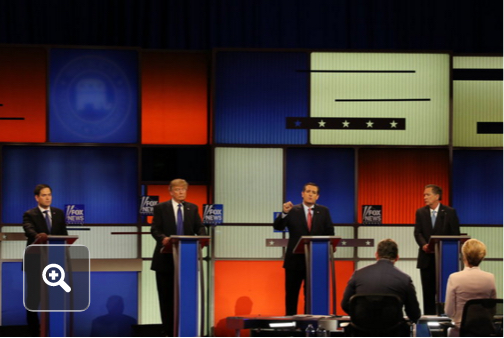 What’s M.I.A. (Missing In Action) in the GOP Debates?

As last night’s debate demonstrated again, the GOP debates in this 2016 election season look more like ridiculous reality television than robust, complex, and respectful discussion of matters of meaning – particularly in addressing the deep needs and divides of this nation.  One ancient definition of debate is to “smash together” which certainly seems to be accurate.  Dialogue, on the hand, is to “move through together.”

TWI has long been a dialogic institution, so it was woefully apparent to us that our core values were not en force in last night or any previous GOP debate this year.  This list of what’s missing in the GOP Debates actually starts there, with dialogue.

What’s M.I.A. in GOP Debates, Election 2016?  So much.  Most significantly advocates from and for truly marginalized communities (the impoverished, women of color, LGBTQ, indigenous peoples, migrant workers, workers in general, etc.).  But here are a handful of values/practices TWI would like to see more of, in every context.

Learning to listen with empathy and curiosity, and engaging with respect—especially across difference—are the cornerstones of genuine dialogue. We believe conversations that encourage reflection, deepen understanding, and foster new perspectives matter – and serve as powerful vehicles for individual and collective social change.

Recognizing that our society is rife with social, political and economic inequities – including persistent institutional and cultural racism, sexism and xenophobia; a broken democratic system; and the growing wealth gap. We support a wide range of efforts to address inequity while also holding equity as a guiding principle in how we engage and partner with others.

Questioning assumptions, exploring diverse viewpoints and approaching problems and decisions from multiple perspectives are hallmarks of critical thinking – and requirements for navigating a world of rapid change, increasing complexity, and great uncertainty.

A modest view of one’s own importance relative to others.

This could also be seen as acknowledging interconnectedness – sustaining a respectful and vibrant connection between people.  While this election and most U.S. Elections in recent memory show opponents often mocking or disrespecting each other, that is not a requirement.  As the second half of this list makes clear, respectful contestation can be chosen and modeled.

Trust is the bedrock of all authentic relationships and collaborative partnerships. To build trust, we believe it’s essential to (1) create opportunities for vulnerability, mutual sharing, and support; and (2) demonstrate that you can be counted on – and doing so in a way that encourages relationship and interdependence.

Fluency in each Other

Demonstrate that you are respectfully informed about the worldviews of those with whom you disagree (and are willing to talk with).  A basic competency of others’ cultures, beliefs, and values will go a long way toward building trust.

Build up your associations with trustworthy opponents. Meaning: deepen connection with a few folks who are willing to be honest, transparent, and critical in discussions about areas of difference in an ongoing way that increases the depths of each of your understanding.

A dialogue about oppositional beliefs and understandings will require some contestation.  It is sometimes the situational norm to sweep such differences under the rug and focus on areas of agreement.  Yet, engaging with trustworthy opponents in respectful contestation actually requires that folks talk into their differences using respectful inquiry, sincere listening, sensitive criticism, and direct communication.

The idea is that when differences are spoken rather than suppressed, and respect is demonstrated in this process, that folks can co-exist (in work situations, in families, between warring populations) in peaceful tension.  In the very process of increasing intimacy with trustworthy opponents, an indelibly human occurrence may take place where enough empathy and understanding is incurred such that previously oppositional parties become less oppositional after being respectfully (and mutually) seen and heard.

Charles Randall Paul astutely observes that “what seems by tradition and inertia to be something that cannot change – changes the instant an honest discussion of it commences.”

I wonder if any of the debates we’ll see this year from either party could reflect these kinds of dialogic practice.  I’m not hopeful, but I do want to lean across divides rather than increase them when it’s possible – and I hope that I can be brave enough to engage in the kind of honest conversation that transforms inertia into creativity and shared solution.