If it Bleeds it Leads?

The Politics of Attention in the Tenderloin

Did you hear about the rose that grew from a crack in the concrete?

Long live the rose that grew from concrete when no one else ever cared. … 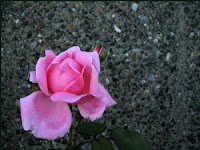 Last month, Community Housing Partnership joined our community partners the Boys and Girls Club of San Francisco and the North of Market Community Benefits District in a celebration of community safety. With over 200 people in attendance, the event was a chance to educate ourselves and public officials in attendance about what everyday people in the Central City have done to make their neighborhood a safer place.

In this neighborhood, the Tenderloin, community safety is like affordable housing or decent healthcare—it can be hard to find and harder to hold on to. However, just like in Tupac Shakur’s song, roses in fact do grow in the concrete. The event celebrated two cutting-edge community driven initiatives—the Safe Passage and Safe Havens program.

Both are radical in their simplicity. In the Safe Haven program, a project began by Community Housing Partnership, a network of small businesses, non-profit housing organizations and churches provide “fifteen minutes and a phone call” to anyone who feels they are in distress. Safe Haven sites have helped over 125 people find their way to safety through various emergencies. Community volunteers staff the project, and oversee outreach to the sites.

In Safe Passage, a project housed by the Boys and Girls Club, local teen-agers walk young children home from after-school programs and bus-stops. Many of these teenagers are themselves often the target of race, class and age stereotypes. Yet, these youth put themselves on the frontlines protecting their neighborhood by walking their younger neighbors home.

With the diversity of the Tenderloin in attendance, there was one notable absence: the media. One reporter for the San Francisco Chronicle told asked an event organizer “Was there a shooting recently?” When she replied no, she was told that the reporter considered it a non-story. Another reporter at the SF Bay Guardian reacted in much the same way.

This leads us to an uncomfortable conclusion. If a teenager shoots someone in the Tenderloin, the media will show an interest in it. If a group of teenagers get together and create a way to make the community a safer place, they get ignored. Likewise, if there is a stabbing in front of a small business, it is front-page news. If a small business owner provides Safe Haven to a community member, and violence is prevented, then it is not.

At Community Housing Partnership, we think that building a successful community rests on two pillars: recognizing the strengths that already exist, and honestly reckoning with the realities that face us. Through the three years of the Safe Haven program, we have watched people with seemingly little in common work together to improve the neighborhood we live and work in.

The Safe Passage folks quietly and humbly show a completely different picture of youth in the Tenderloin. In both situations, the leadership, logic expertise and volunteer hours came from low-income communities of color. While the realities of violence and poverty are all-apparent here, we believe that the solutions will continue to come from the grassroots.

This quiet change doesn’t sell newspapers. It doesn’t grab television ratings. What it will do is save lives, and build the kind of community cohesion necessary to collectively tackle the even larger problems we face.