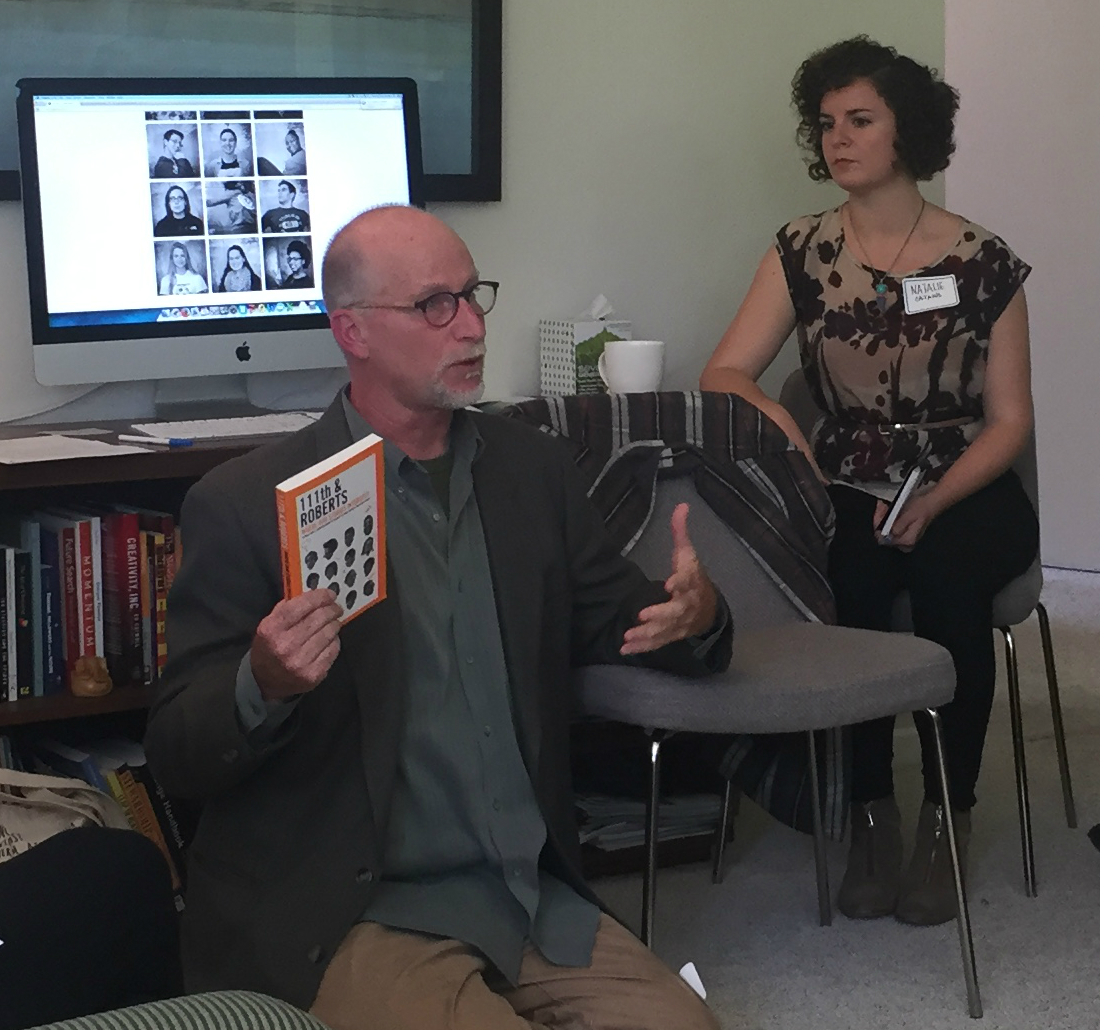 What Happens When Philanthropy and Empathy Meet?

Most grants and reports happen on paper.

Here at the Whitman Institute (TWI), we like to do things a little differently.

Recently, we invited current and potential supporters for one of our core grantees, Voice of Witness (VOW), for lunch at the office.

Our relationship with VOW had come full-circle: Six years earlier, TWI Co-Executive Director John Esterle and VOW Executive Director Mimi Lok met at a similar luncheon. They were struck by the resonance between our missions, especially between TWI’s focus on dialogue and relationship-building and VOW’s belief in the power of stories to cultivate empathy-based understanding of social justice issues.

And so, another multi-year unrestricted grant was born here at TWI.

Echoing our shared focus on dialogue, Pia Infante, TWI’s other co-executive director, kicked off the lunch: “This isn’t a presentation,” she began.“We’re co-creating a conversation together.”

The Power of Stories

Nigerian writer Chimamanda Ngozi Adichie says, “The single story creates stereotypes, and the problem with stereotypes is not that they are untrue, but that they are incomplete. They make one story become the only story.”

That, Mimi Lok explained, drives the work at VOW. Every year, they conduct interviews with people who have been impacted by injustice in the U.S. and abroad. Their stories comprise the VOW oral history 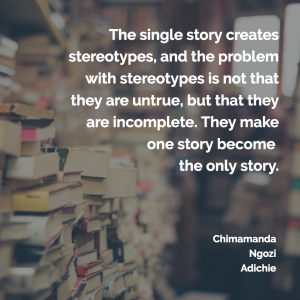 Cliff Mayotte, VOW’s Education Program Director, proposes an expanded view of literacy as the capacity to read the world, and cultural competency as a way to “create a picture where more people are in the picture.”

In support of a more inclusive narrative, VOW’s Education Program provides oral history training in schools, nonprofits, and other community-based organizations. Jennifer Merrilees from the Memory and Aging Center at UCSF shared about VOW’s role as this year’s Hellman Visiting Artist, helping them record stories about dementia from the patients themselves, as well as their loved ones, caretakers, and medical staff.

Through the Looking Glass

After ten years of amplifying unheard voices, VOW created the VOW Story Fund to expand their support for in-depth human rights storytelling. The fund provides oral history training, editorial guidance, and a project stipend. Their rigorous process and methodology emphasizes building relationships with the people they interview based on trust and empathy.

I looked around the room and recognized that same aspiration. What new connections could be catalyzed at this gathering through empathy? What existing relationships fortified through trust?

Through Skype, we connected with VOW Story Fund editor Jimmie Briggs, who shared about his project in Ferguson and the community’s support. Ferguson residents, he was excited to recount, have responded to the idea of oral history as “not only creating a counter-narrative, but as healing.”

Another VOW Story Fund editor, Sara Sinclair, Skyped in from New York to speak about the question that’s driving her project on the systemic disenfranchisement faced by Native Americans on reservations: “What is it like to be a citizen of a nation, within another nation, whose dominant social, political, and economic interests are fundamentally at odds with your own?”

A flurry of questions followed each conversation. A few narratives were handed out, and everyone took turns reading aloud. Through the voices of those in the room, we heard from Scott, a Ferguson librarian, and Wizipan, a member of the Rosebud Reservation in South Dakota.

Their voices stayed with us. The atmosphere was charged, and the room reflective. The stories touched people. The different perspectives from Ferguson, New York, South Dakota, lingered in the spaces between our own voices.