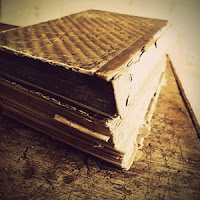 Context: I proudly chair the board of TWI and hold a deep and abiding commitment to the power of process and dialogue. I live according to the belief that it is only what we work our way through in words and feelings that we are able to truly embrace and embody. I have always relied on stories to help me understand and to convey my understanding to others.

Today is May 10, 2011. I am seated at our breakfast/dining table in our rental apartment in Jerusalem, Israel. Our family has been living here since August 2, 2010 and we are scheduled to remain until August 15, 2011. My partner, Fay, was offered an opportunity to work here for the year and she and I agreed that a year-abroad would be a growth experience for us and our two children. We have always been deeply attached to this country– by our religion, family, friends and fundamentally by our beliefs. Throughout this year I have kept a log to monitor our experiences and reactions to them. Sometimes I have used the log as a therapeutic tool to work my way through complicated matters. Kismet placed us here in the Middle East during interesting and turbulent times – the politics of the region that are ordinarily intense and complex have been more so – with uprisings and public demands for democracy and decency in governance and leadership.

As we enter our fourth and final quarter of this remarkable adventure, I am struck by how much I have learned and how much more there is to learn – in particular about the meaning of story. Story is never neutral, never new, and still necessary.

This past week, including now today, are very important times in the State of Israel. Last week was Yom HaShoah – Holocaust Remembrance Day; yesterday, Monday, was Yom HaZikaron – honoring those who have given their lives in defense of Israel; and today, Tuesday, is Yom Ha’atzmaut – Israeli Independence Day, celebrating the establishment of the State of Israel.

My son and daughter attend an American International School here in Jerusalem. I volunteer there three days a week – mostly in the 4th grade classroom. The school of 100 students is a complicated quilt of colors, religions and languages with children from all over the world. The only thing they have in common are parents who want them educated in English.

Last week, on Yom HaShoah, the fourth grade teacher and I talked with the children about Anne Frank – who she was and what happened to her and her family. We had photographs up on the screen and short essays we read aloud. To commemorate those who died during the Holocaust, at precisely 10:00 a.m., sirens rang across the entire country for a full two minutes. Everyone stopped what they were doing. If you were driving on the highway, you stopped your car and got out. If you were walking to the market, you stopped your steps and stood still. After the lesson and the sirens, we asked the fourth graders to reflect on the meaning of what we had learned and witnessed. We asked them to write words or draw pictures – and we asked them to share.

Logan raised his hand and in an unsettled voice, began to read what he had written. “If I was alive during the Holocaust I would have been in the army in Germany and I would have been doing these terrible things to the Jews.”

The teacher and I caught one another’s eyes.

Yesterday was, Yom HaZikaron. At 11:00 a.m. the sirens blared once again. This time, the fourth grade teacher and I were particularly sensitive to how we described the meaning of this day. We explained, “Today we honor the fallen,” careful not to say more. In fact, Yom HaZikaron is specifically a day of remembrance of those who have died in the wars that Israel has endured in its struggle for independence and survival. It is solemn. Across the country high schools hold ceremonies in honor of their alumni who have fallen. Soldiers swarm the streets…there is a huge ceremony at the grave of Theodore Herzl – just down the street from where we are now living. The Israeli flag flies at half-mast.

One of our son’s closest friends is an Arab Israeli who is also a Muslim. He listens to our explanation of the day and pipes up, “I am not allowed to fight in the army…my religion prevents me from fighting against my own people.”

As Yom HaZikaron drew to a close last night, fireworks ushered in the start of Israeli Independence Day. The flag of Israel returned to full mast. Today there will be barbecues across the country. But most Palestinians and even some Arab Israelis who live in and are citizens of the State of Israel, observe this day as “Nakba,” – a tragic day, literally translated it means “catastrophe.”

The Meaning of Sound…

The sirens that echo across the country in honor of these events are the same sires that are used to warn us of rocket or missile attacks. In this latter case, we are also expected to stop in our tracks – and then find a “safe” and “sealed” room to avoid injury.

At dinner last night, before taking our daughter to a party outside of Jerusalem, our son asked the following, “What would happen if there was a rocket attack at the exact same moment that there is a siren commemorating Yom HaZikaron? How would we know the difference?”

Throughout this year our children have peppered us with questions. Often we have no answers but on countless nights these questions are the basis of our family dialogues.

“That is a good question,” we say, “and really worth thinking more about.”