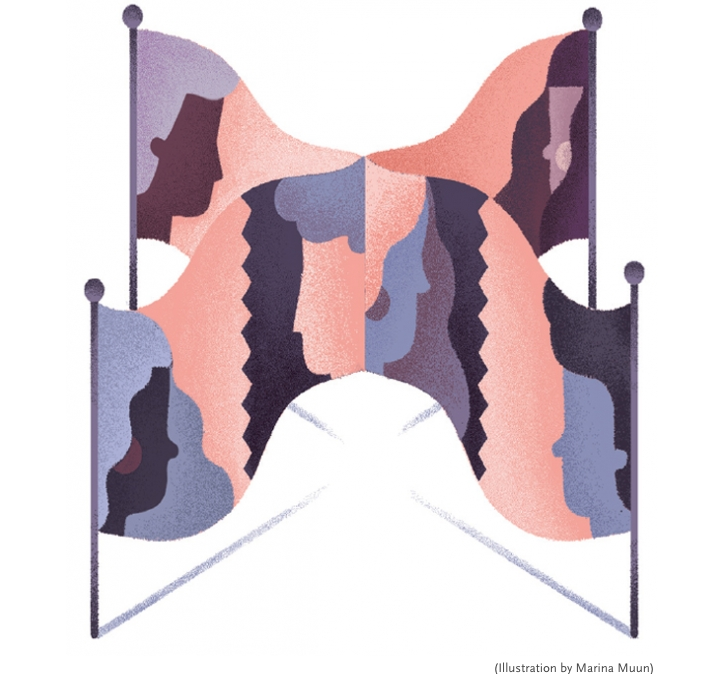 The Tactics of Trust

This article was first published in the Stanford Social Innovation Review. We wanted to repost this article because we like how it walks people through the processes they use and how they are linking trust with impact.

Participants in a large, complex collaboration can build a capacity for finding common ground—and it doesn’t have to take years.

Creating the formal structures that make up an ambitious, multi-sector change initiative is one thing. But forging the intangible interpersonal connections that result in authentic bonds among participating leaders is something quite different. Indeed, it is notoriously difficult. “Developing trust among nonprofits, corporations, and government agencies is a monumental challenge,” John Kania and Mark Kramer wrote in their landmark article “Collective Impact,” which appeared in the winter 2011 issue of Stanford Social Innovation Review. “Participants need several years of regular meetings to build up enough experience with each other to recognize and appreciate the common motivation behind their different efforts.”

But what if it didn’t have to take years? What if it is possible to accelerate the trustbuilding process that is essential to any ambitious collaboration effort? We believe that it is possible to build trust quickly—even across a network that brings together highly diverse groups of stakeholders. We don’t mean trust that’s based on liking or agreement. We mean trust for impact. Trust for impact entails the ability to cross boundaries, to find a slice of common ground, and then to work together despite significant organizational differences and sharp personal disagreements. By cultivating trust for impact, participants in a collaborative project can creatively manage their differences and form relationships that enable them to do critically important work.

We developed an accelerated approach to building trust for impact while working with the James Irvine Foundation to launch the New Leadership Network (NLN), a cross-sector network of leaders that aims to revitalize the city of Fresno, Calif. (We undertook this work in collaboration with Heather McLeod Grant, managing director of the NLN.) Before the formal launch of the NLN, we went through an extensive research phase. Fresno, we learned, was ripe for community-wide change. The city was beginning to receive an influx of philanthropic and federal resources, and talented people who had left the Fresno region were returning to the area in large numbers.

The NLN, we knew, would have to move quickly to capture that momentum. Otherwise, the network might not be able to overcome its most critical challenge: the significant diversity of its membership. Differences in age, race, gender, class, sexual orientation, political affiliation, and religious belief were vividly apparent. But instead of slowly wading into this challenge, we dived right into it—by making those differences explicit. In doing so, we followed the wisdom of Johnetta Cole, director of the National Museum of African Art at the Smithsonian Institution, who said: “We are for difference. For allowing difference. For respecting difference. For celebrating difference. Until difference doesn’t make any more difference.”

That approach reflected our faith in the potential for collaboration among the leaders who took part in the NLN. We believed that if we could give those leaders enough direction and support through the early stages of the initiative, they would be able to undertake the hard work of establishing common ground. The NLN began its work in May 2013. Over the next 20 months, 35 participants not only revived existing community revitalization efforts but also created and led 86 new collaborations.

In designing and launching the NLN, we developed or honed several practical exercises that participants used to build trust for impact.

Shift the context | In any effort to build trust, space matters. Bringing people to a location that is distinct from their everyday environment allows them to suspend judgment and to think in new ways. With each group of NLN participants, we initially convened for three days. Instead of hosting this gathering in a generic hotel or retreat center, we held it in a large vacation rental house outside of Fresno. Participants noted that cooking, cleaning, and occupying a living space together led to more unstructured conversations than they typically have at a professional event. They were able to let down their guard, shake off their professional roles, and engage authentically with each other.

Understand the system | To develop trust for impact, network members must have a holistic understanding of the system that they want to change. That kind of systemic awareness helps to shift attention away from organizational silos and toward the ways that people and organizations interconnect.

At an early stage of a collaborative initiative, organizers should consider holding network briefings. In this exercise, each leader delivers a three-minute presentation, followed by a two-minute question-and-answer session. Leaders should discuss the main issue that concerns them, efforts that are under way to deal with the issue, and the obstacles to success that they face. To keep participants’ energy levels high, organizers should schedule sets of four to six presentations at various points during the day. By the end of these briefings, participants will understand the range of issues that affect a system, why those issues matter, and where the network might be able to intervene constructively.

Often, those who are present at a network meeting don’t represent the whole system. Some essential voices are missing. To incorporate the perspectives of those at the edges of a system, we use an exercise called community empathy. We arrange participants’ chairs back-to-back in a line, and we dim the lights. We then prompt each participant to think about one person affected by the system whom they wanted to “bring into the room.” Participants begin by saying, “I am,” and then speak in the voice (as it were) of that person.

One participant at an NLN meeting introduced a migrant worker who, despite the long hours that he spent picking crops, still struggled to feed his family. Another spoke from the perspective of a teenage boy who was slipping through the cracks of the local education system. A third participant introduced an elderly family member who had lost her ability to drive and found it difficult to get around Fresno, a sprawling city with few public transportation options. Although these voices were not physically in the room, their stories remained with us and tied the network together.

Tell your story | We typically see only the attributes that make up other people’s external context—what they say or do, their title and organization, their LinkedIn profile. To understand other people in an authentic way, however, we must get to know their internal context—the “why” behind their actions, the experiences that make them who they are, and the mental models that shape their view of the world.

Here are two methods we have used to help people convey their internal context.

In one method, three-minute speeches, participants deliver a three-minute talk that answers a central question: Why do I do what I do? This question reveals a person’s mission in the world, apart from whatever his day job may be. Three-minute speeches are different from network briefings in that they focus not on the practical “what” but on the personal “why” that defines one’s work. In working with NLN leaders, we found that this opportunity to speak—and to be heard—increased participants’ willingness to empathize with others.

We adapted the second method, life stories, from a practice used by Dorothy Stoneman, the founder of YouthBuild, a youth services organization. In this exercise, participants sit in groups of four or five and recount the experiences that made them who they are. Each participant has seven minutes to tell his or her story; then, for the next three minutes, listeners can offer their reflections on that story. We ask participants to go as deep as they can without retreating into a fight-or-flight mode. Telling a personal story requires a participant to trust that listeners will respond to her story with respect.

In a debriefing session after one NLN life stories exercise, several participants said that they were stunned to realize that they had never told their life story before. Even after we closed for the day, we saw participants forming groups so that they could continue to share stories on their own.

Diversity within a network presents a special challenge to the work of building trust for impact. In that case, forming bonds across the network may require participants to engage in direct and sometimes unpleasant conversations about highly divisive topics.

Drawing from the “community building” model developed by the psychiatrist M. Scott Peck, we regularly lead the NLN through a process that we call authentic conversations. We divide participants into pairs and ask each pair to discuss a series of brief questions: What can you tell others about your internal context that will help them work with you most effectively? What idea or feeling have you not been able to express fully? What “authentic conversation” would you like to have with the group? Then, as participants sit in a circle, we invite them to engage in a lightly facilitated group conversation. We encourage them to keep the focus on their own experience and to be respectful yet honest.

The authentic conversations exercise challenges participants to hold—rather than avoid—the tension that they may feel in relation to one another. In our sessions with NLN leaders, they engaged in revealing discussions about issues of race, class, and gender; they shared their frustrations; they even shed tears. “I was shocked at how quickly people were able to open up and be honest about the issues they face personally and professionally,” says Caty Perez, director of development at Fresno State University and an NLN member. “We were talking about some very serious, very personal, very private things with complete strangers.” These conversations were difficult, but they helped transform the NLN into a community that is strong enough to withstand major disagreements.

Given the numerous challenges today that require effective collaboration on a broad scale, we must improve our capacity for rapidly building trust with those who are different from us. That process—the process of creating trust for impact—can occur faster than many people think.

David Sawyer and David Ehrlichman are partners at Converge, a strategy and design firm for systems impact. Converge partners with committed leaders, within organizations and across sectors, to build trust, take action, and work together to achieve uncommon results. Their current work includes building a network of 20 cross-sector organizations across the Santa Cruz Mountains to steward the region for generations to come, and designing a network to improve coordination of care for people with serious illnesses across the UCSF Health system. They served as design and systems directors for the New Leadership Network.