Play like it Matters: Why Words Mean (A lot) 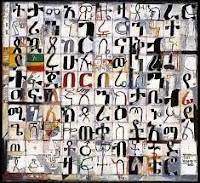 Rosencrantz: What are you playing at?

Guildenstern: Words. Words. They’re all we have to go on.

— Rosencrantz and Guildenstern are Dead by Tom Stoppard

Words matter and strike at the heart of what it means to engage in respectful dialogue with others. Alas, respectful dialogue remains elusive in our Hollywood black and white view of the world. We tend to fire loaded words at each other to confirm, “I am the hero and that makes you the villain.” Grey areas make us queasy. And yet the grey areas – of intersections and fuzzy boundaries – contain the seed of the most profound solutions to our most perplexing problems.

Today I found, I found myself struck by how people who want to move an agenda for positive social change oftentimes use language that alienates people who are potential like-minded supporters. This is not a revolutionary “ah ha” thought but rather a recognition of the work of linguist George Lakoff who has written extensively about how progressives lose on issues in large part because of their inability to frame them. Here’s an interview of Lakoff that reveals his point of view about the dominance of conservatives in American politics:

And so let’s say you are a social justice activist, probably the people you need to persuade are not fellow members of the “choir” but the folks who fall in the middle of the political spectrum. To reach them, do you drop use of the very term “social justice”? Well, that depends on what you want but here’s a story that illustrates why I think it might be worth considering: I was talking to a woman whose family had a foundation that invested in strategies to help low-income workers. When I mentioned the term “social justice,” she noted how that term brings up negative connotations for her dad and so with him she uses the term “expanding opportunity” instead. And to good effect: the foundation led by her father funds important social justice work. This would not have happened BUT FOR her willingness to play with and find the right language. What mattered most of all was not language, after all, but underlying shared values.

The choice she made sounds simple. Professor Lakoff makes it sound so logical. Yet her response, in my experience, is the road less traveled. What gets in the way? The illogical and human heart and soul. Clearly, if people are holding on to language that stands in the way of their most heartfelt goals, they have to be getting something out of it. Language plays an instrumental role in constructing the identity of a group or movement. Who wants to give up their iden
tity? Identity is a powerful force. To balance it we need to replace old ways of constructing identity with news ones that recognize the strength that comes from being able and willing to reach out and engage others on their own terms in respectful and persuasive dialogue, thus, laying the foundation for social transformation.

Here’s to letting go of words that don’t work, playing with words that do, and going about the business of making the world a better place with renewed verve and vigor.