Reflections of an Art House Filmmaker in a YouTube World 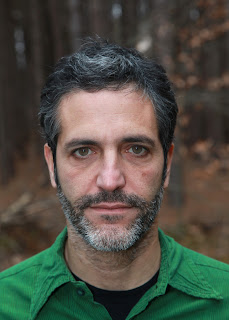 By Sam Green
These are exciting times for documentary filmmakers like myself. With technological advances from newly affordable HD video cameras to avenues of dissemination like YouTube revolutionizing the field, it’s never been easier to make a film and get it out there. People all over the globe who had once been voiceless can now be heard.

Some parts of this new world, however, are less great. Filmmakers now have to accept that people will often watch our work on tiny screens––an iPad, a laptop––while checking their email, the weather, and dealing with a million other tiny distractions. The old world where a viewer sat in a movie theater giving your film her rapt attention is no more.

Many filmmakers, myself included, find ourselves at a crossroads: we either embrace this new viewing paradigm, or we make something that cannot be consumed in such a fleeting manner. I’ve actually tried to do both.

Over the past few years I’ve begun making “live documentaries”––these are events where I narrate a film in person and cue images from a laptop, while a live band performs an original soundtrack as the film plays. (I have a new “live documentary” touring this fall called The Love Song of R. Buckminster Fuller, which I’m performing with the legendary indie rock band Yo La Tengo.) I adore this form of filmmaking because it’s a way to hang on to the live experience of seeing movies, which I feel is a precious thing. It shouldn’t be lost. When you see a movie in person you experience it with others. You share in some sort of communal time and space, and then continue the experience through conversations afterward. All of these connections around the film are often as important as the film itself. So the “live documentary” format is a way for me to fight the tide of isolation and home viewing, and try to bring people together to experience my films. 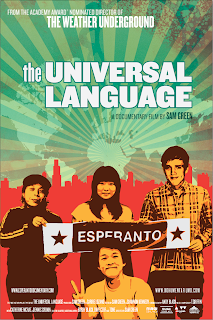 That said, I am also very interested in utilizing the power of the Internet as a distribution system for a diverse and disparate viewership. I recently made a documentary about Esperanto called The Universal Language and decided that there would be no better project to experiment with online distribution than this one.

Esperanto is an artificial language invented by a Polish eye doctor named Ludwig Zamenhof in the late 1800s. Zamenhof believed that if everyone in the world spoke a common, neutral language people could overcome war and racism. Although Zamenhof’s dream might seem naive to us today, during the 1920s and 30s there was a huge Esperanto movement worldwide.

Today, surprisingly, a vibrant Esperanto movement still exists. Estimates range from 50,000 to 2 million present-day speakers of the language, and every summer there is a world Esperanto congress in a different city. I attended a couple of these and was surprised to find 2,000 to 3,000 Esperanto speakers each time, traveling from all over the world.

Because Esperantists (as they are called) are such a scattered, global community, how could I effectively reach out to broad swathe of them? The Internet!  Right now, for the first time ever, filmmakers can distribute our own work online solo––no iTunes, no distribution company, no one else needed.  Last year, my Bulgarian friend Stoyan Dabov set up a great website for the film (in both Englishand Esperanto) where people can download a file and watch the film instantly on their own TV or computers.

It can’t be overstated how radical this new technology is for filmmakers. In the past a filmmaker was dependent on a distributor or studio in order to get a movie out into the world. They were the ones who had the networks and relationships to put a videotape or DVD on store shelves and ultimately into the hands of a viewer. Filmmakers occasionally did this on their own, but it was an epic and uphill struggle.

It’s only been in the past year or two that the technology has evolved to the point where a person can download an entire film relatively quickly (movie files are generally huge files!). With The Universal Language, we’re able to do this through a company called Topspin, which actually takes care of the downloading and billing, but the person who is purchasing the film never leaves our site. Again, this is revolutionary; it’s the first time ever that a filmmaker can get a film out into the world this independently, and it is an exciting moment!

It’s been interesting to see how this kind of thing can work. Over the past months, I’ve been surprised by the steady stream of people downloading The Universal Language from our site. Every day there are people all over the world watching the film and hopefully thinking about Esperanto, the concept and role of language, and other issues the film raises, which is so neat. 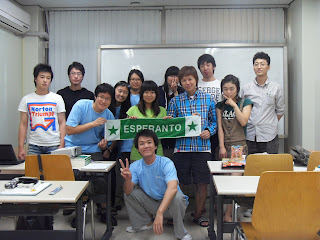 On the other hand, it’s been clear that the notion that one can just put something out on the Internet and people will flock to it, or that it’ll “go viral,” is plainly naive. With the deafening roar of so many books and movies and albums and causes all vying for attention online, we really had to promote and market the film like crazy in order to get people to notice. But this has been a good challenge. It’s spurred us to create a blog on our site where we’ve posted interviews and short articles for Esperantists and non-Esperantists alike, for which we’ve been continuing to research new and interesting Esperanto-related leads. (A recent example: an interview with one of the many Esperanto-speaking members of the Pirate political party in Germany.)

So this whole thing has been a real learning experience. Yes, technology is making us all more scattered and frazzled and isolated, but it’s also providing us with first-time-ever opportunities to reach out and make contact with each other. The other day some Esperantists in the Congo got in touch to let us know about a screening of The Universal Language they had recently. I was struck by the fact that although we might not have reached the world of peace and internationalism the Ludwig Zamenhof imagined when he created Esperanto, in some small ways technology is helping us to lurch in that direction.