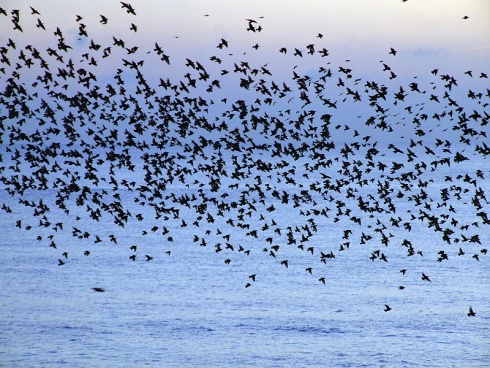 Can Black Lives Matter to Philanthropy?

We are excited that the Hill Snowden Foundation, led by Nat Chioke Williams, is calling for greater collaboration and coordination among funders to pledge support to the movement for blakc lives that has burgeoned since Ferguson.  Given the 10 year anniversary of Hurricane Katrina hitting New Orleans and displacing forever a population of traditionally black commiunities there, we thought it timely to repost Nat’s article which first appeared in the Chronicle of Philahthropy on August 27th, 2015.

“A Decade After Katrina:  Can Philanthropy Make Black Lives Matter?”

On Saturday, people from around the world will commemorate the 10 years since Hurricane Katrina struck New Orleans. Although many people will tout the city’s recovery, few people in black working-class neighborhoods will be celebrating. After all,they have been mostly left behind.

But that is hardly the only poignant and painful reminder of the inequities facing blacks in America and how far the nation still must go to end them.

On August 4, we celebrated the 50th anniversary of the Voting Rights Act, the crowning achievement of the civil-rights movement, which was recently gutted by the Supreme Court.

Five days later, we recognized the one-year anniversary of the killing of Michael Brown in Ferguson, Mo., an attack that launched what is commonly known as the Black Lives Matter movement — a movement to assert the sanctity of black life, even as it is fueled by a wave of black deaths at the hands of police.

But the question for the country — and especially for all of us in philanthropy — is not, Do black lives matter?, but rather, How can we make black lives matter and provide the best opportunities for the black community to thrive? And can philanthropy help ensure we don’t squander the advances that the broader movement has made in the past year?

The answer to this question is complex, but it ultimately boils down to power.

To make black lives matter more, philanthropy needs to do all it can to ensure that the black community builds the social, institutional, and political power it needs to directly challenge and dismantle the policies and systems that enable structural racism.

The success to date of the Black Lives Matter movement is most visible in the ways it has changed how the public thinks about race, racism, and policing.

It has used social media, traditional media, strategic communications, street protests, and other activities to become part of the public conversation — and it has become a strong counter to those who deny that racism is embedded in the policies and structures of our society. There now exists a unique opportunity to win policy changes to help ensure greater police accountability and to examine and address racial discrimination across many aspects of black life.

But this movement is at risk if it doesn’t get the money it needs to build institutions that can capitalize on this social power. For far too many decades, black-led social-change organizations have received too little in donations to grow into the strong influencers on the American way life that they must be.

Research from the Greenlining Institute has found that minority-led organizations get less money from foundations than white-led organizations. And anecdotal evidence suggests that this pattern is as bad, if not worse, for social-change organizations led by blacks.

Much of the work being done to propel Black Lives Matter forward has been carried out by newly created groups with limited funds and borrowed or volunteer staff, as well as older black-led social-justice groups that are already strapped for money. Philanthropy can help make the most of this moment by ensuring that black-led social-change groups are well supported.

Some grant makers, like the North Star Fund, the Liberty Hill Fund, Resource Generation, and others, have explicitly dedicated resources to support black-led grass-roots groups organizing to push for greater police accountability and other changes that will reduce violence and improve safety. Similarly, the Hill-Snowdon Foundation recently launched the Making Black Lives Matter Initiative, a three-year project that seeks to build the kind of long-term institutional and political power that the black community needs to achieve real racial justice.Our focus on black-led organizing groups is an essential piece of building the organizations, leaders, and activists who will not just do the work today, but will lead future efforts to push for changes that will allow all black Americans to thrive.

We are dedicating $900,000 in new funds over the next three years for grants to support black-led organizing, as well as leadership development for black organizers and in-person meetings at which black social-change leaders can strategize on next steps.

But it’s not enough for each foundation to demonstrate the courage to spend more. We must also join forces with other philanthropies to better coordinate and align our grant making for racial justice for the black community

That’s why we are working with the Association of Black Foundation Executives to create a network of grant makers to coordinate our grant-making efforts and maximize our impact on a range of racial justice issues affecting blacks. We invite our colleagues to join us.

Philanthropy needs to do more to make black lives matter in this historic moment. This includes:

The nation is at a pivotal crossroads in its centuries-long struggle to confront and eradicate structural racism. The shocking events and subsequent organizing in the past year have helped lift up the veil to expose the pernicious and persistent impact of structural racism. Philanthropy’s challenge is to not look away, but to look deeper, and to act with courage and conviction. We must cultivate a commitment to making black lives matter, so that the black community and, indeed, the entire nation can thrive.

Nat Chioke Williams is executive director of the Hill-Snowdon Foundation.